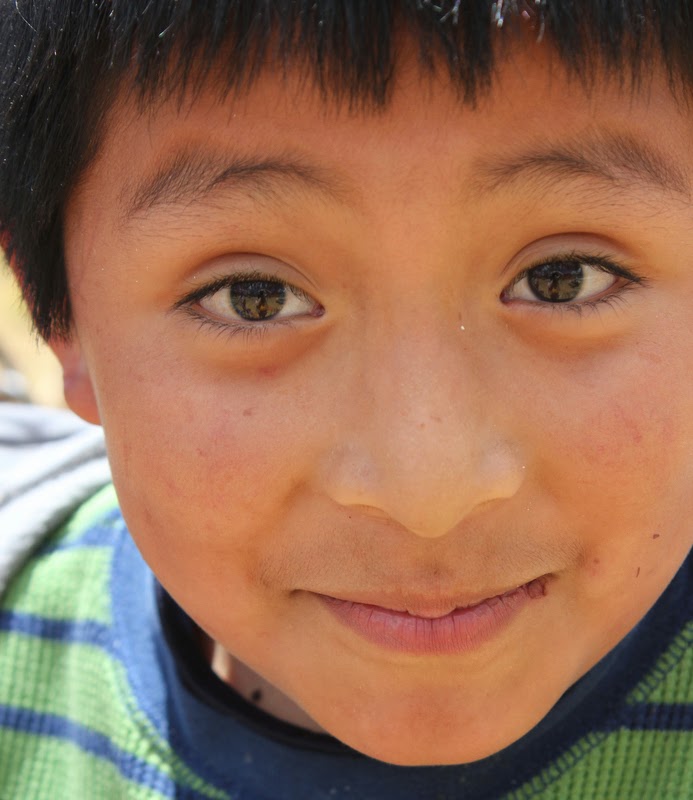 Gabriel was one of our first students when we opened in Mercedes living room in 2007. He came to us on his mother’s back at 3 years old, she begged us to teach him to talk. He spent the first month in a hysterical state-screaming, turning over furniture and banging his head on the wall. He would only stop screaming for seconds when I blew bubbles. It took us months to teach him to sit in a chair.
His mother pulled him from our program 2 months later, claiming a public nurse told her her son was “fine”, he did not have Autism. Gabriel returned to us 6 months later, his mother was frantic for a solution for her son. Gabriel is a partial scholarship student.
He has excelled at Camino Nuevo since 2009. Our teachers spent hours working with his aggressive behavior, his obsessions, teaching him to communicate and finding his talents and abilities. Gabriel is now 10 years old. After years of dedicated education, Gabriel is able to do simple math sums, read at a first grade level, work independently, form sentences to communicate and is a flourishing artist.
Gabriel has spent 4 months in our innovative Inclusion Program, the first of its kind in the country of Peru. Funded by the Alma Childrens Education Foundation, our school Inclusion Program is now being recognized by the Peruvian Ministry of Education and has been considered for government funding.
In two years Gabriel will graduate into our newest program, Phawarispa, to learn transition skills for job training in the future. Phawaripsa, is the First and Only program in Peru to prepare young adults with disabilities for vocational placements in hotels, restaurants and horticulture. This second location, backed by two different funders, was opened in April of 2014.
This is just ONE story of 65. What if you were a part of Gabriel’s education? For as little as $25/month you can support students like Gabriel and the development of our programs, family support and teacher training.
Children like Gabriel have NO OTHER education alternative in Cusco. Please follow this link to subscribe today.Your sponsorship will be tax deductible. http://www.manosunidasperu.net/p/donate.html
Thank You for helping us change lives.

Enter your email below to receive our latest news and updates straight to your inbox!

You have Successfully Subscribed!